Night of the Refugee

According to UNHCR latest data we are now witnessing the highest levels of displacement on record. An unprecedented 70.8 million people around the world have been forced from home. Among them are nearly 25.9 million refugees, over half of whom are under the age of 18. In addition stateless people have been denied a nationality and access to basic rights such as education, healthcare, employment and freedom of movement.

On the 15th of June Mayor Femke Halsema of Amsterdam started the sound signal for the night of the refugee where thousands of people participated in a 40-kilometer long sponsor walk in different provinces across the country. A record of participants has been broken with 5600 pedestrians that reached the finish line in The Hague and were received on Sunday morning by Mayor Pauline Krikke. Through crowdfunding 1.5 million has been collected for emergency aid to refugees and regionally displaced people, together with a group of thousands of people for people fleeing from war, conflict, and oppression worldwide. In addition to raising money, walkers positively raise awareness for refugees worldwide.

The night of the refugee took place days before World Refugee Day on 20th June 2019, themed Step with Refugees. Around the world, communities, schools, businesses, faith groups and people from all walks of life are taking big and small steps in solidarity with refugees. This World Refugee Day, we challenge everyone to join together and take a step with refugees. 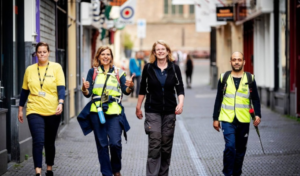 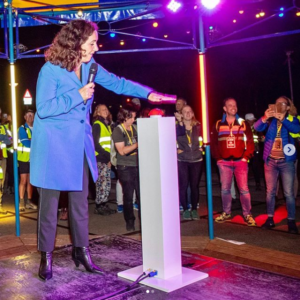