A world in which mayors, their cities and networks are equal partners in building global governance for an inclusive and sustainable world.

To convene a Global Parliament of Mayors to facilitate debates between mayors, national governments and international organisations, drive systematic action to take on global and national challenges and opportunities to achieve political change on a global scale. Mayors take leadership and ownership of the global challenges that they face on a local level.

CORE VALUES OF THE GLOBAL PARLIAMENT OF MAYORS

The Global Parliament of Mayors is a governance body of, by and for mayors from all continents. It builds on the experience, expertise and leadership of mayors in tackling local challenges resulting from global problems. At the same time, it brings local knowledge to the table and thus participates actively in global strategy debates and underscores the needs for practical, action-oriented solutions.

The GPM is about local government, based on the city’s right to self-government. The GPM promotes collective city decision-making across national borders, addressing critical challenges that face humankind, and creating better outcomes for all.

With over half of the world’s population living in the cities and metropolitan regions, an increasing number of tasks is being delegated from national governments to municipalities and regions. Cities contribute more than 85% of the Gross National Income (GNI) to their nations. Therefore, they need to be actively engaged in decision-making by international organisations.

The GPM aims to be involved in the debates about critical issues in cities and to participate actively in decision-making. Intervening in discussions at the UN, OECD and other assemblies, the GPM promotes proposals and demands of mayors, draws on successfully implemented policies and activities by mayors around the world and creates greater awareness of the crucial role cities play in our interdependent world. 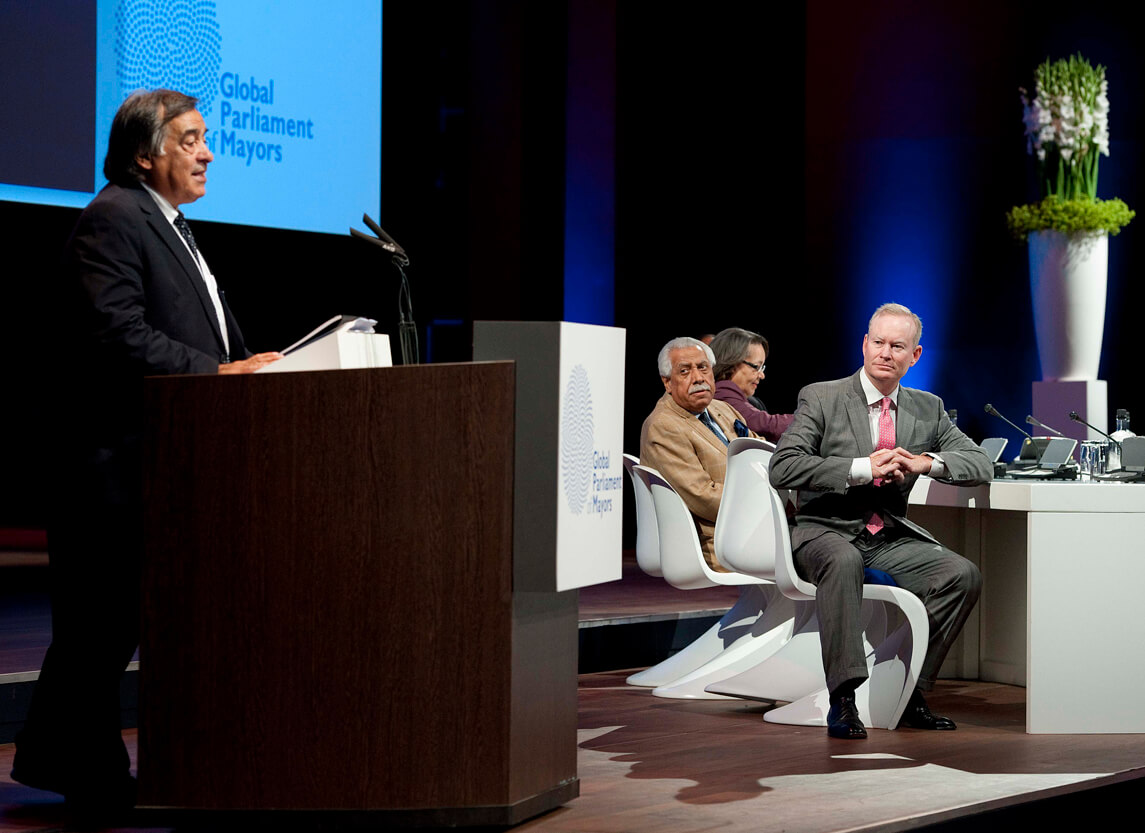