The GPM functions as a Parliament and offers a complimentary governance approach to the current political system of nation states. It collects and aligns the voices of mayors to influence nation states, international organisations and global partners. The GPM encourages all mayors from cities large and small, north and south, developed and emerging to join the Global Parliament of Mayors.

All GPM mayors receive access to the Virtual Parliament, an online platform, where mayors participate in the debates and votes on resolutions and critical issues. Representatives of city networks are also invited to join the discussion and to deliver input. Through the Virtual Parliament, mayors can also share background information, work together on documents and interact through a direct chat-function.

It is a participatory body for mayors that enables the debate without political affiliation and invites mayors to present progressive and tangible solutions that can be valuable to all cities. The GPM represents and voices mayors from cities large and small, developed and emerging, all over the world and promotes democracy, local self-governance and open dialogue.

Becoming a GPM member takes one simple step returning the membership form. Do you accept our invitation to join the Global Parliament of Mayors? Please contact us: gpm@denhaag.nl 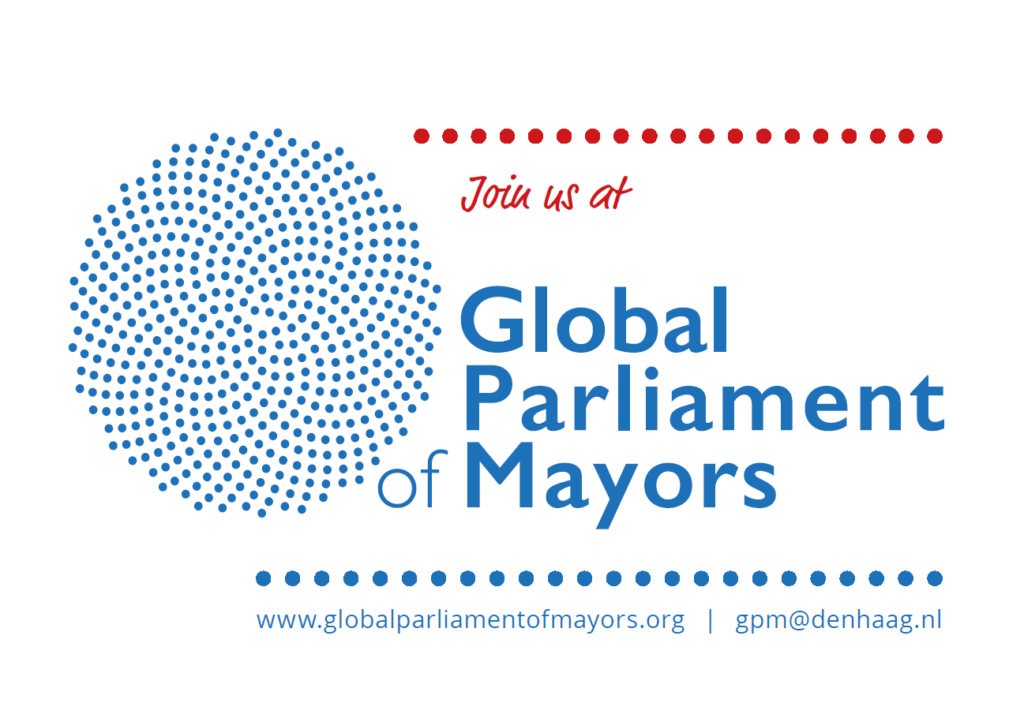