Over 143 million people will be displaced by 2050 in Africa, Latin America and South Asia if we do not take steps to address climate change (World Bank). We must act now. The Global Parliament of Mayors (GPM) has joined forces with the British Council to put a spotlight on city leaders and the importance of local action.

Mayors are optimally placed to address local challenges associated with climate displacement, working in tandem with their national and regional counterparts. With the project ‘Uniting Mayors for Local Solutions to Global Climate Challenges’,  the GPM in partnership with the British Council, has supported city leaders from the Global North and South, especially low-lying areas threatened by rising sea levels, with tools and resources to take local action to address this global challenge and to ensure that their voices are heard among decision-makers on the global climate emergency. The GPM has especially encouraged women and young people to take part in an innovative urban response to climate change and climate-related migration.

Report ‘Cities At The Intersection: Culture, Climate, and Migration’

Taking the inputs from the workshop as a starting point, research was conducted by the Chicago Council on Global Affairs and the Indian Institute for Human Settlement. The research report ‘Cities At The Intersection: Culture, Climate, and Migration’ is built around four case studies of cities and towns in the global South and North, offering insight into ongoing city-level actions to enable “safe and orderly migration.” While drawing from leading scientific and scholarly findings, the report seeks to be accessible to a wide array of urban stakeholders and policymakers.

Call to Action on Climate Migration

The outcome of all the mayoral debates on climate migration led to the Call to Action “Climate Change, Cities and Forced Migration: Advancing Knowledge, Action and Collaboration” that the GPM launched in early November. The Call to Action has been signed by more than 40 mayors together with city networks representing hundreds of cities and metropolitan areas around the world. GPM Chair Mayor Peter Kurz (Mannheim, Germany) addressed the urgent issue of climate migration at COP26 in Glasgow in November.

To support cities in their commitments to implement the Call to Action, the Global Parliament of Mayors, in partnership with the British Council, organized an in-depth workshop connecting Mayors from the Global North and South, city networks, and international organizations to explore concrete avenues for cooperation on the urgent topic of climate migration, supported by existing or future projects, programs and tools. This event had place on March 23rd, 2022, and was comprised of two sessions: the first one, ‘Cultural Heritage and Education’ explored initiatives to strengthen awareness among local communities regarding the values of cultural assets, protect cultural heritage, and develop educational programmes. Session 2 ‘Building better data and resources’ focused on opportunities to advance the exchange of evidence-based data and knowledge is discussed, and engage with international institutions, local NGOs, and private investors to prepare for climate displacement and migration proactively.

Professors Sheila Foster (Georgetown University) and Kamal Amakrane (Columbia University) conducted an assessment on the level of awareness among local leaders from the Global North and Global South about how climate–forced displacement and migration is affecting their communities, as well as the extent to which they are preparing, with or without support from other levels of government, to protect displaced communities and help receiving ones. The research report served as the framework of the Call to Action that was launched in November. Click here to read the research report. 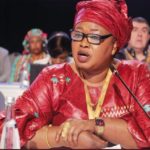 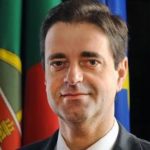 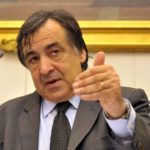