An Odyssey in the Mediterranean 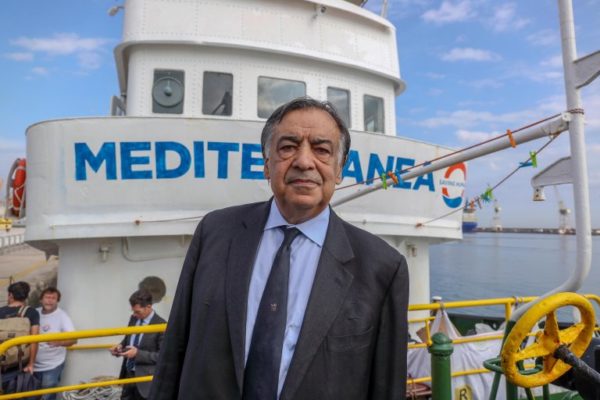 For 19 days, from the port of Lampedusa a ship was  visible, one that had been there, immobile for too long. The ship operated by the Spanish NGO Open Arms saved 161 migrants in the Mediterranean Sea and had been waiting for what must have felt like eternity for the migrants on board for a port to dock at, which according to maritime

and international law should be the closest port, the Italian island of Lampedusa. However, in blatant disregard of these laws, the Italian interior minister Matteo Salvini has forbidden the docking of the vessel. Finally on the 20th of august the District Attorney for Agrigento ordered the seizure of the ship, thus allowing the migrants to disembark. GPM Mayor of Palermo Leoluca Orlando tweeted “Once again, the judiciary branch saves Italy’s face in front of the world and of history. The OpenArms vessel had been transformed into a floating concentration camp in which migrants and crew were held hostage”. The mayor of Palermo has called on the interior minister to open ports, and on European institutions to open an infringement procedure against Italy for violation of fundamental human rights. Meanwhile desperation increases as the situation aboard the Open Arms ship deteriorates, on the 18th of August 5 migrants jumped ship, attempting to swim to the Italian shore. While the inaction of national governments means people are left stranded at sea for weeks the mayors of Palermo, Barcelona, Napoli and many other cities have said they are available to open their ports and their cities to rescue these people. Maybe it’s time to let city leaders have a bigger say in the international arena.