European Cities take a stand, A carte blanche for holiday rental platforms is not the solution.

GPM Mayor of Amsterdam Femke Halsema, along with the Mayors of nine other major European cities have signed an open letter in which they express concern over  “More nuisances, feelings of insecurity and a ‘touristification’ of their neighbourhoods” (Press Release 2019) in connection with AIRBNB rentals. Among the cities that signed the letter is Barcelona, in which Mayor Ada Colau claims this type of short term rent in homes that would otherwise be used for long term residents is driving up prices for residents and pushing residents out of their home (El Pais 2019); and there is evidence to back her claim. In 2007, one year before Airbnb was founded rentals in Ciudad Vella (Old Town), where most Airbnb listings for the city are, were 3% lower than the city average, today they are 9% higher (University of Lisbon 2019).

Both Amsterdam and Barcelona have around 20000 listings on the site and have put measures in place in order to limit the number of short term rentals in the cities. For residents of these cities and their municipalities higher rental prices and the consequent displacement are not the only issues: feelings of insecurity, noise  complaints and lost tax revenue due to illegal listings are also an issue.

The letter was published in response to the EU Advocate General’s legal opinion to a court ruling in Paris, which is also among the signatories of the letter, which stated that rental companies like AIRBNB “would have no obligation at all to provide municipalities with information about the rentals to help them prevent violations of local or national regulations” (Press Release 2019). The GPM stands by Mayor Halsema and the other signatories in requesting the European Commission and Parliament to address housing shortages and ensure the liveability of their municipalities. 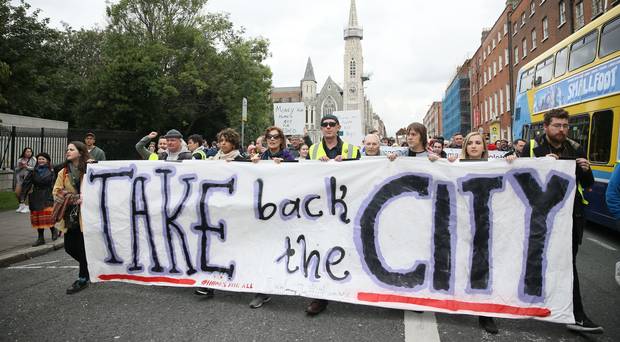