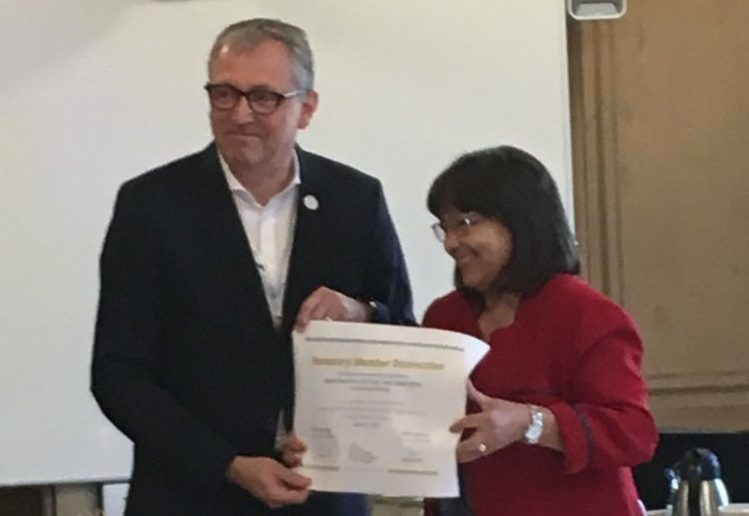 Former Mayor de Lille, one of the founding mayors of the GPM, is honoured for her inspirational leadership as GPM Chair. She chaired the GPM from the 1st of March 2017 until 22 October 2018.  De Lille succeeded former Mayor van Aartsen who chaired the GPM from its Inaugural Convening in September 2016 until he stepped down as mayor of The Hague in March 2017.  As interim mayor of Amsterdam van Aartsen remained a true ambassador of the GPM. Former mayor Ed Johnson is honoured for his consistent and outstanding support to GPM from its start in 2016, and his active contribution in the GPM events.