Gender Based Violence Side Event 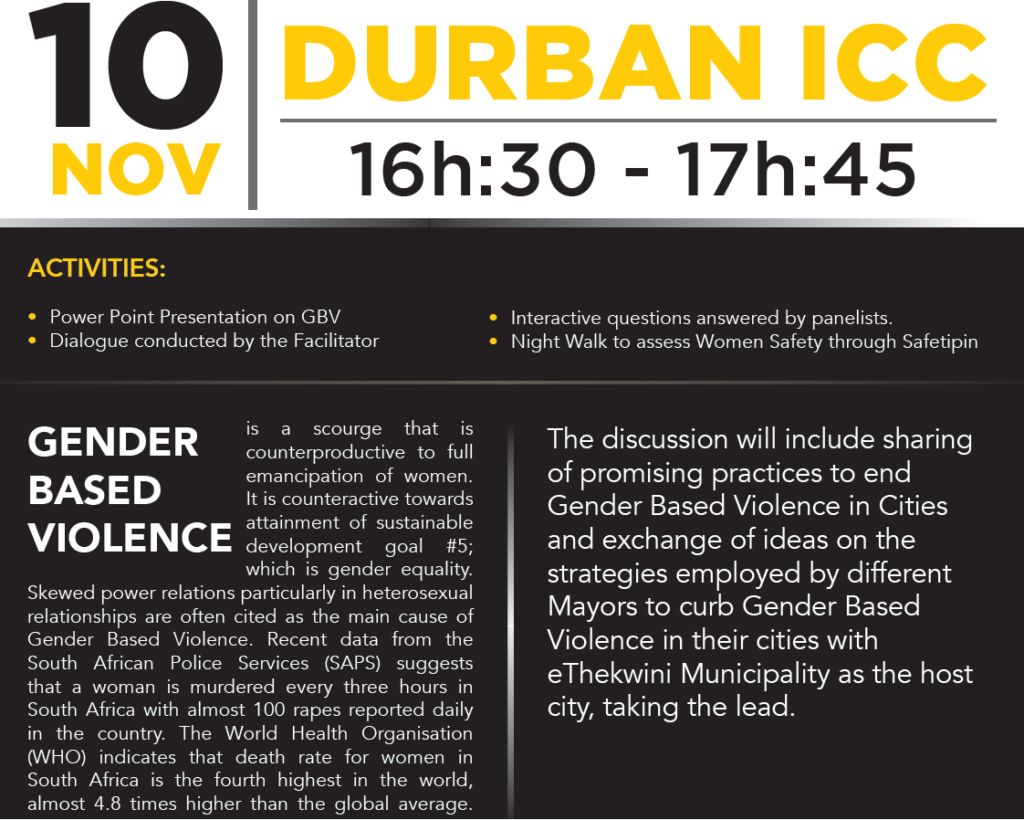 During the GPM Summit 2019, host city Durban, eThekwini Municipality, is taking the lead on the important issue of Gender Based Violence (GBV) by organizing an interesting side event on 10 November from 16h:30 – 17h:45 at the International Convention Centre (ICC). GBV is a scourge that is counterproductive to full emancipation of women. It is counteractive towards attainment of sustainable development goal #5 of gender equality. Gender equality by 2030 requires urgent action to eliminate the many root causes of discrimination that still curtail women’s rights in private and public spheres. For example, discriminatory laws need to change and legislation adopted to proactively advance equality. Yet 49 countries still lack laws protecting women from domestic violence, while 39 bar equal inheritance rights for daughters and sons. Skewed power relations particularly in heterosexual relationships are often cited as the main cause of Gender Based Violence. Recent data from the South African Police Services (SAPS) suggests that a woman is murdered every three hours in South Africa with almost 100 rapes reported daily in the country. The World Health Organisation (WHO) indicates that death rate for women in South Africa is the fourth highest in the world, almost 4.8 times higher than the global average. The discussion will include sharing of promising practices to end Gender Based Violence in Cities and exchange of ideas on the strategies employed by different Mayors to curb Gender Based Violence.