Global Parliament of Mayors gather for the Bristol Declaration 2018 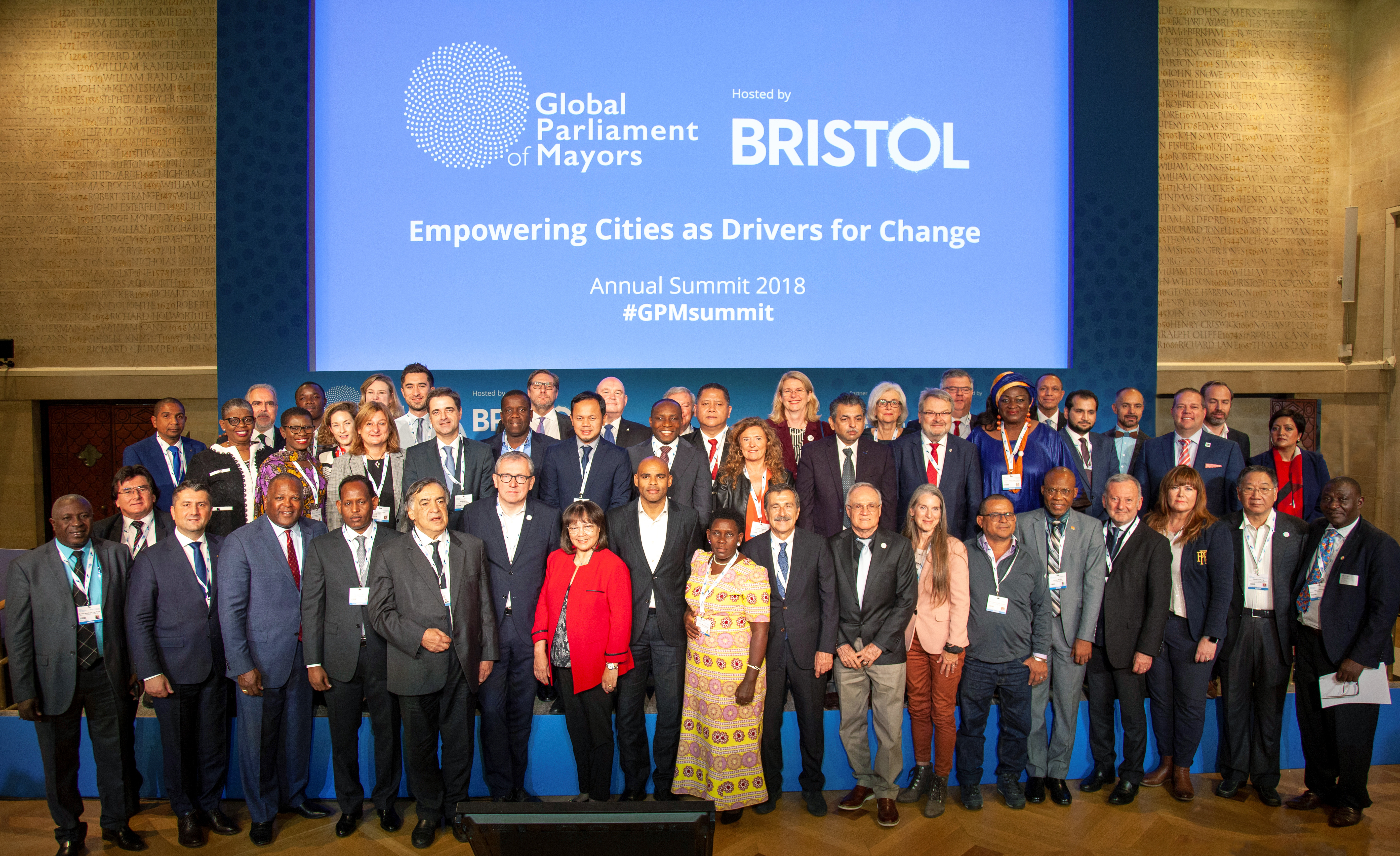 Bristol, 23 October 2018 – More than 80 mayors and city network leaders from six continents gathered in Bristol to convene on the topics of migration, urban security and health, reflecting the pressing issues of the world. The outcome of the debates between mayors led to the Bristol Declaration of the 2018 Annual Summit of the Global Parliament of Mayors (GPM).

The majority of the GPM members voted in favor of commitments and calls for national governments and international institutions to include and collaborate with city leaders. The voting led to the Bristol Declaration, which says that “citizens of the world need global governance to evolve, seeing cities and international networks sit alongside national and international leaders as equal partners in shaping global policy.”

Host and newly-elected Executive Committee co-chair Bristol Mayor Marvin Rees noted that the Bristol Declaration was the “first mass public commitment from mayors to implement the Global Compact for Migration and the Global Compact on Refugees,” calling the Summit a “watershed moment.”

The voting resolutions were based on previously drafted position papers. The position papers were prepared by city officers, experts and international networks such as the Strong Cities Network, UN-Habitat and Georgetown University. Leading up to the Summit, mayors from around the world had the opportunity to provide feedback to the resolutions, culminating in a parliamentary vote. The Summit also hosted a dynamic panel with global city network leaders from ICLEI, C40, EUROCITIES, and OECD Champion Mayors. Finally, the declaration was based on the adoption of the resolutions.

At the launch of the Bristol Declaration, Mayor Rees reached out to mayors “to add their voices to ours and support our call” he said, and invited non-members to support the Declaration and join the Global Parliament of Mayors.