Last chance to join the Call to Action on Climate Migration 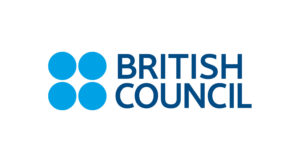 November 1, 2021 – Some 21.5 million people per year on average over the past decade have had to flee their homes due to climate related reasons. By 2050, over 200 million people will be forced to leave their homes because of climate change. Mayors are optimally placed to address local challenges associated with climate displacement, undertake concrete steps to prepare for and adapt to the impact of climate change and work in tandem with their national and regional counterparts.

Cities in the Global North and South need to work together to address interlinked problems that force people to leave their homes, including climate change, lack of opportunity, and violence. We cannot look at these global challenges in silos.

After months of focus groups and debates, the GPM has developed a Call to Action for COP26, in which we – as mayors – commit to raising awareness on this important issue, protecting vulnerable groups, and building better data and knowledge regarding the intersection of climate change and migration. The Call to Action identifies a coalition of city leaders committed to action in support of SDG 10 to reduce inequalities within and among countries, and SDG 13 to take urgent action to combat climate change and its impacts.

We need national governments and multilateral institutions to acknowledge the effective contributions made by cities. We need them to open their systems for equal participation and stand together with us. Cities are taking the lead on this important issue because city leaders have the capacity to affect real change on the ground.

The Call to Action is a result of the project “Uniting Mayors for Local Solutions to Global Climate Challenges” that the GPM developed in partnership with the British Council in 2021.

Under the leadership of GPM Champion Climate Mayors Lowe (Banjul, the Gambia), Orlando (Palermo, Italy) and Rio (Braga, Portugal) more than 75 mayors from around the world, representatives of city networks such as the Mayors Migration Council (MMC) and OECD, and international organizations like the International Organization for Migration (IOM) and UN Habitat contributed to the dialogue on Climate Related Migration through panels, interviews, and Roundtables.

Mayors, city networks and international organisations are asked to consider signing the Call to Action before 12 November, 13.00 hrs CEST.

For all information, including the form to sign the Call to Action, please refer to: https://globalparliamentofmayors.org/calltoaction/  or contact gpm@denhaag.nl.