Look to cities, not nation-states, to solve our biggest challenges 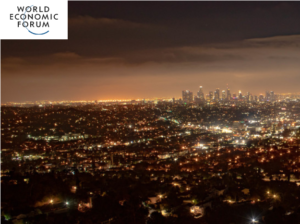 The world in 2020 is looking more turbulent and uncertain than ever. Powerful economic, demographic and technological forces are rewiring international politics. According to the World Economic Forum’s new Global Risks Report, structural shifts are encouraging nation-states to adopt more transactional and unilateral postures. Some nations are abandoning old alliances, questioning the value of multilateralism and retreating to narrowly defined national interests. Amid continued downward pressure on the global economy, citizens are growing restless and frustrated with their national politicians.

Maybe they’re onto something. Perhaps nation-states are part of the problem.

In contrast to nation-states, cities and mayors are stepping up to the global challenges of the twenty-first century. Growing numbers of city leaders are taking action to reduce their carbon footprints, scale-up renewable energy solutions, harness the digital economy, absorb and protect migrants, and reduce inequality. Cities concentrate the majority of foreign direct investment and are the drivers of innovation and productivity. As a result, cities are rivalling nation-states – in terms of their economic clout, diplomatic influence and international connectivity. Nation-states are not about to go away, but they are giving way to alternate networks and distributed forms of power.

One reason cities are so important is that they are economic powerhouses and generate an increasingly significant proportion of national GDP. In the U.S., for example, 10 of the country’s biggest metropolitan areas generate over a third of the country’s GDP. The New York metropolitan area alone generated more economic output than Canada. Meanwhile, Los Angeles ́s almost rivals Mexico and Chicago is larger than Switzerland, economically speaking. Outside of the U.S., Seoul accounts for over half of all South Korea´s GDP, Tel Aviv just under half of Israel’s, and London, Paris and Tokyo for a third each in those countries.

Cities are busily redefining the parameters of international statecraft, pursuing ever more entrepreneurial forms of city diplomacy. For one, cities are growing more assertive as diplomatic agents. From China and India to Nigeria and Brazil, cities are setting-up trade and investment promotion offices and commercial ventures to attract investment. They are also forging municipal foreign policies, strengthening bilateral relations, and launching city networks on everything from cultural and scientific exchanges to welcoming refugees and providing humanitarian relief. On the other, cities, are forging collaborative networks, pooling their resources to make the voices heard on the global stage.

It is not altogether surprising that cities are becoming more assertive. According to Greg Clark, author of Global Cities: A Short History cities tend to embrace global opportunities in waves and cycles and instinctively take advantage of new conditions as they emerge. As enduring anchors and nodes of globalization, cities have always played a central role in the global economy. Unprecedented urbanization has augmented city power: in 1950 there were just over 80 cities with 1 million people compared with roughly 550 today. Cities are especially well-suited for the accelerated pace of technological change, competing as they are in dynamic and fast-moving industries. Those that are closed to entrepreneurship, restrict immigration and fail to adopt typically do not thrive.

The truth is that engaging in diplomacy is a sine qua non for cities to survive and thrive in the evolving global order. This is something that 21st century urban leaders instinctively understand. As Michele Acuto and Ian Klaus wrote in an article for the Chicago Council on Global Affairs, there are already over 300 formalized city networks, some of them decades old. Networks such as the C40, the Global Covenant of Mayors, ICLEI and UCLG,

Metropolis, the Global Parliament of Mayors, and the Strong City Network are not quaint gatherings suffocated by protocol, but practical means to help cities mobilize resources, engage in global advocacy, and exchange game-changing practices and technologies to reshape local policy.

National governments are increasingly recognizing the power and influence of city diplomacy. U.S. cities, for example, are increasingly pursuing their own foreign policy independent of the federal authorities. Since 2017, when Los Angeles established an Office of International Affairs, it has conducted outreach with the consulates and trade commissions of more than 100 countries. Likewise, after the U.S. backed out of the Paris Climate Agreement in 2016, New York signed an executive order in 2017 committing the city to the agreement’s principles, inspiring hundreds of others to do the same. Sensing the winds of change, in 2019 the U.S. Congress introduced a bipartisan bill to allow cities and states a greater voice in diplomatic missions and international policy-making.

The new City and State Diplomacy Act could open up a new chapter in sub-national and multi-stakeholder diplomacy in the U.S., and more widely. If passed, it would create an Office of Subnational Diplomacy in the U.S. State Department. This new office would potentially strengthen inter-state and inter-city cooperation by supporting cooperation agreements, trade and investment, support for inter-city networks, and secure and execute global subnational agreements. Should the bill pass, the potential knock-on effects on everything from raising investment to managing climate change are significant. Even if it does not, governors and mayors are already exerting their soft power and driving a new networked world order.

While offering enormous promise, city diplomacy does not happen spontaneously. It requires municipal governments to work collaboratively, and actively engage with international partners to leverage the assets of cities. At the outset, it is based on shared values of cooperation, inclusion, and pluralism. It also requires that cities big and small adopt an international-oriented strategy and invest in the basics to engage globally. This is not easy at a time of soaring deficits and overwhelming budgetary pressures. It is also made difficult by the difficulties of international entities like the United Nations to engage productively with cities, though the Sustainable Development Goals and the New Urban Agenda are promising developments. To be sure, city leaders will need to ensure that appropriate staff receive training, and also convince tax-payers that involvement in global activities will benefit local interests.

Whether nation-states like it or not, cities will play a defining role in shaping international policy in the coming decade. Their sheer economic size, growth, and dynamism of our urban centers will be key to solving some of the world ́s biggest existential challenges. It is also worth recalling that inter-city engagement is not driven uniquely by cities – there is a broad constellation of foundations, philanthropists, investors, companies, civic groups and others helping accelerate action. And while they may periodically compete with nation-states, the future lies in finding new models of cooperation and collaboration – attributes that come naturally to cities around the world.