Marcin Krupa has always been connected with the City of Katowice, Poland – he was born, works and lives here. A graduate of the Faculty of Transport of the Silesian University of Technology. In 2005, he defended his PhD in the field of Machine Construction and Operation, and then worked as an assistant professor at the same university. He also completed postgraduate studies in organisation management. He is an expert in the evaluation of EU projects under the ROP (Regional Operational Program) for the Silesian Voivodeship and a tax expert for means of car transport.

From 2006 to 2010, he was a councillor of the Katowice City Council, and from 2010 to 2014 he served as deputy mayor responsible for strategic areas in the city. In this capacity, he supervised works in the field of strategic planning, development of transport systems, environmental protection and shaping, municipal management, spatial development and planning, as well as construction. In 2014, he announced his election program – “Agreement with the residents of Katowice” and was elected mayor of Katowice.

After a successful first term of office, he was re-elected mayor, gaining a significant advantage over other candidates in the first round of the elections (55.4% of votes). Now in his second term of office, Mayor Marcin Krupa continues to work in the local government, successively fulfilling the provisions of the contract, which have been extended to further strategic goals. Today, the city aspires to be a leader in eco-innovation, new technologies, and activities improving the quality of environment.

The priority tasks include actions to improve the climate and fight for clean air, adaptation of space to green areas, investments in sustainable transport and the development of housing, sports, recreation and cultural infrastructure, to address the needs of the residents of individual districts. 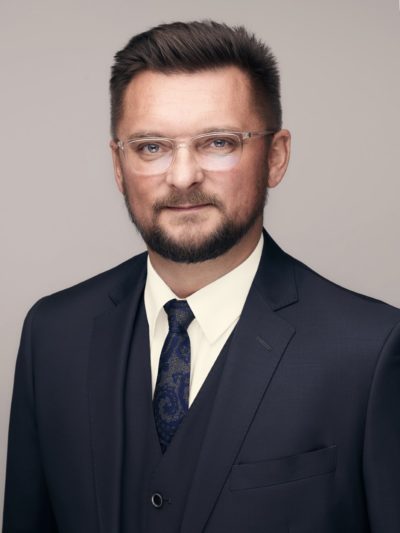 In addition to the implementation of the investments, Mayor Marcin Krupa focuses on making the city fully realize the potential of the largest urban centre in the region, which, thanks to spectacular changes, is an optimal place to hold international events. In 2015, UNESCO designated Katowice as the Creative City of Music. In 2017, Katowice hosted WOMEX 17. Each year, the city attracts world-class artists who perform at numerous music festivals. In addition to cultural events, Katowice hosts international sports events, such as volleyball and ice hockey championships.

The European Economic Congress and the Intel Extreme finals, an e-sports event, are held in Katowice annually. In December 2018, the United Nations COP24 Conference was held in Katowice. In 2022, Katowice will host another major global event, the World Urban Forum.

Privately, Marcin Krupa is happily married to Joanna, he is also father of Martyna and Błażej and the caregiver of the dog Sisi. In his free time, he relaxes by listening to music, especially blues, and devotes himself to his passion, that is playing the harmonica. He is passionate about motor sports; he also likes to ride a motorcycle.