Mayors Mannheim, Columbia, Hoima and Braga new Daily Board of the Global Parliament of Mayors 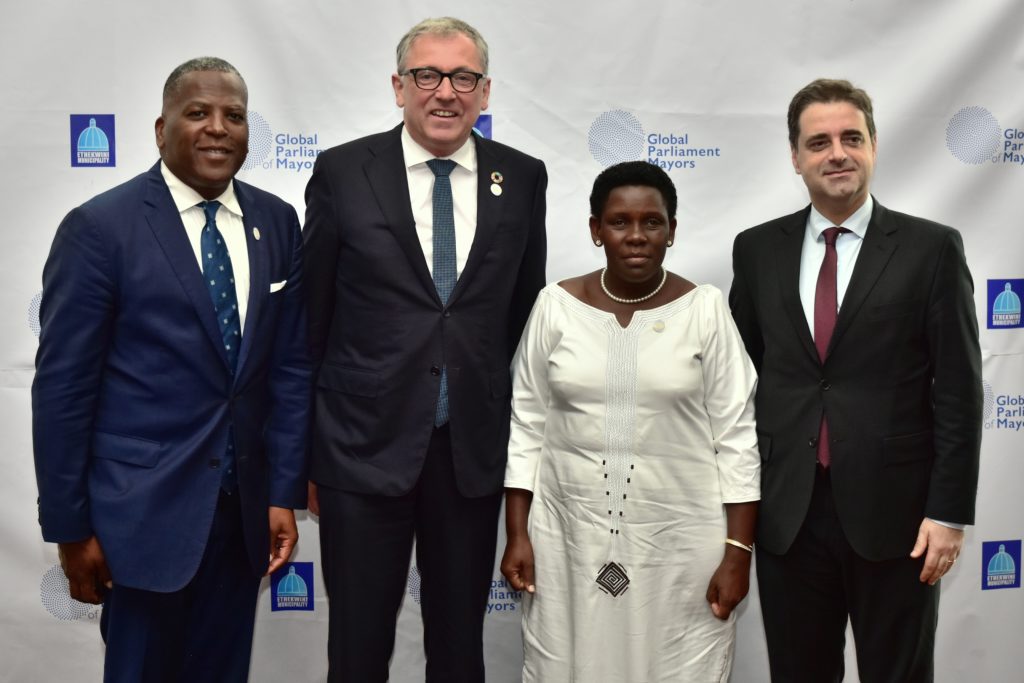 At GPM’s Annual General Meeting in Durban, South Africa, Mayor Kurz has been appointed as Chair, Mayor Benjamin as 1st Vice Chair, Mayor Mugasa as 2nd Vice Chair and Mayor Rio as Treasurer of the GPM. The Daily Board is in charge of the daily governance of the Global Parliament of Mayors and part of the Executive Committee which is the primary executive body of the GPM. Daniel Termont, former Mayor of Ghent, Belgium and former President EUROCITIES, has been appointed as Honorary Member.
The other members of the GPM Executive Committee are Mayor Leoluca Orlando (Palermo, Italy), Mayor Marvin Rees (Bristol, UK), Mayor Jefferson Koijee (Monrovia, Liberia) and Mayor Baikuntha Nath Neupan (Vyas, Nepal).

Chair Mayor Kurz said “It is an honor to chair the Global Parliament of Mayors, together with my fellow Daily Board colleagues from the USA, Uganda and Portugal. National leaders and their international organizations are insufficiently addressing our key global challenges, many of which are most directly experienced and felt at the local level. The traditional institutions and frameworks of global governance must evolve to reflect the centrality of cities to solving these challenges. The GPM offers a complementary governance approach to the current political of national states.”