28 June 2022 – The Global Parliament of Mayors has awarded the prestigious Dr. Benjamin Barber Global Cities Award to all Ukrainian Mayors, as a symbol of support for their resistance in the face of hostile attacks against and invasions of their cities. Their determination in safeguarding their citizens and territories, and their tenacious focus on the reconstruction of their communities and cities are an inspiration for local leaders around the world. 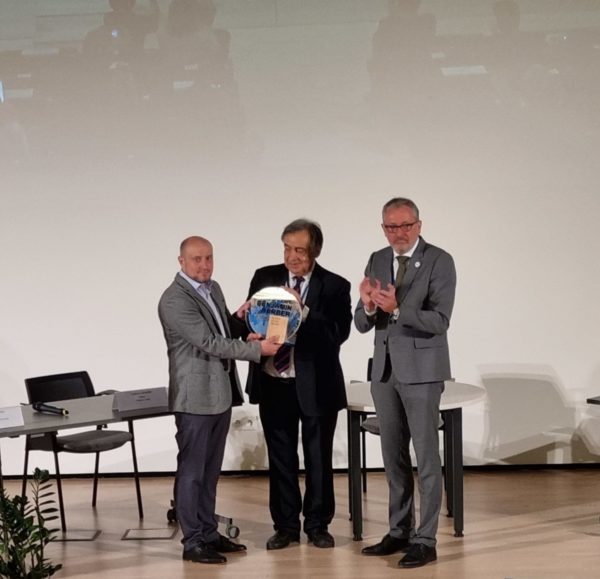 Oleksandr Slobozhan, Executive Director of the Association of Ukrainian Cities, received the award on behalf of the Ukrainian. He said, “the enemy is destroying the infrastructure, housing, and social facilities of Ukrainian communities, but Ukrainian mayors continue to work in these very difficult conditions. Ukrainian city leaders and local government officials work under intense pressure from the occupiers, who threaten, abduct and torture them and their families. During the war, more than 50 local government officials were abducted, of whom 23 were mayors and 4 of them still remain in captivity. This award is a strong symbol of support from mayors from around the world to the Ukrainian mayors in their struggle for democracy, peace, and sovereignty.”

The award ceremony was part of the opening of the GPM Annual Summit 2022, hosted by Mayor Marcin Krupa of Katowice, Poland. The Dr. Benjamin Barber Award recognizes mayors for their outstanding contributions to furthering global urban governance and inspiring city leadership.