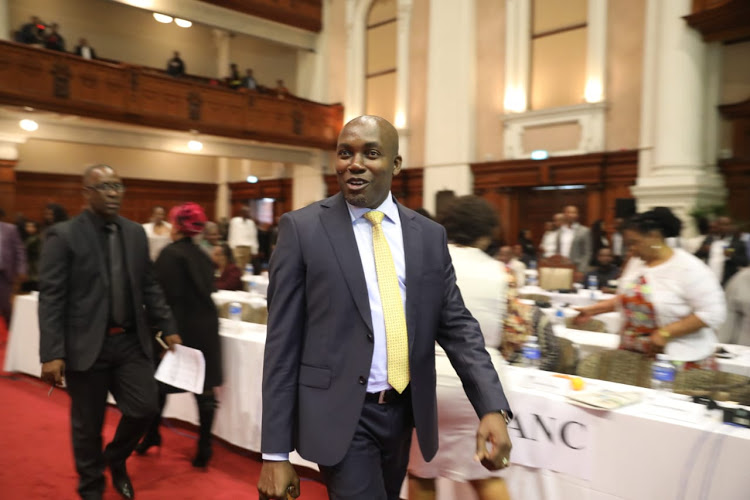 Mxolisi Kaunda was sworn in as mayor of eThekwini Municipality (Durban, South Africa) on Thursday 5th September. From 9-11 November Mxolisi Kaunda will be the host of the annual GPM Summit organized by the eThekwini City Council.

The incumbent Mayor Mxolisi Kaunda, Deputy Mayor Belinda Scott and Speaker Weziwe Thusi were elected and took an oath of office to unwaveringly serve the residents of eThekwini. They were elected following a ballot voting process which was overseen by officials from the Independent Electoral Commission (IEC). Mayor Kaunda, in his inaugural address, pledged to continue to serve the people.

“I am humbled by the election to office. I wish to thank the previous executive committees for their work done in the City since the formation of the eThekwini Metro in 2000. However, while great strides have been made in the City, much still needs to be done to reverse the spatial planning of apartheid which continues to haunt and divide,” he said.

“As we assume office, our main task is to serve the people and to ensure that we turn the City around to respond to the demands and aspirations of residents. This task requires a collective wisdom and the efforts of all of us,” he said.

Mayor Kaunda said Durban has earned the reputation of not only being a premier tourism and events destination, but also as an investment destination.

“We need to restore the image of our City both locally and internationally to its glory days,” said Mayor Kaunda.

He stressed that this will only be achieved through “unity of purpose”.

“Without unity the City will not realise its full potential. Unity will be the foundation and hallmark of this Municipality for the next two years. We therefore call on all councillors to work with us as we embark on a journey to stabilise and reposition eThekwini.”

He said as part of a concerted accelerated service delivery approach, he intends developing a turnaround plan to address urgent service delivery needs. This includes an improved refuse removal and collection service, dealing with water and electricity cuts and supply, ensuring a proper billing system, clean and good governance, dealing with problem buildings, crime and the enforcement of by-laws and improving the storm water drainage system.

“We will also focus on high investment and drive tourism while we strive to provide a safe, reliable and affordable public transport system. We have not forgotten about radical socio-economic transformation and will continue to implement this while promoting unity and social cohesion among residents,” Mayor Kaunda said.