21 April, 2021 – More than twenty Mayors and city leaders representing 19 countries from around the world convened online yesterday to discuss the urgent issue of climate-forced displacement. They debated how to move forward both in their own communities to protect their citizens from the threats of climate change, and together as a governance body to build up a coalition of mayors and communities to have a global impact. City networks and international organisations including UN-Habitat, OECD, MMC, ICLEI and the Chicago Council on Global Affairs joined the debate.

The high-level event is part of the project ‘Uniting Mayors: Local Solutions to Global Climate Challenges’ organised by the Global Parliament of Mayors (GPM) in partnership with the British Council. The project aims to empower Mayors and city leaders to share experiences and contribute to strategies for climate displacement and migration. Mayors from around the world are raising their voices to develop a Call to Action ahead of COP26 in November 2021.

According to some estimates, by 2050, approximately 200 million people will be forced to leave their homes in Africa, Latin America and South Asia for climate-related reasons such as rising sea levels, increasing resource scarcity, acute desertification, and greater frequency and severity of extreme weather events. Many Mayors and city leaders have already dealt with flooding and extreme weather events, as well as displacement of people and communities. Given the lack of legal protection for climate-forced migrants and the stalled action at the international level, Mayors and city leaders are optimally placed to address the local challenges associated with climate displacement. They are prepared to take the lead on this urgent issue.

During the high-level event on 20 April, Mayors and city leaders addressed the cities’ preparedness regarding climate-related migration, the financial consequences of migration on sending and receiving cities, as well as the impact these movements have on cultural heritage and city leadership.

Ricardo Rio, Mayor of Braga, Portugal and member of the GPM Daily Board, opened the event by saying that climate displacement “is not a problem that we will face in a decade – or a generation – but it is a problem that we face today. The Uniting Mayors project is not only an opportunity for us to work together at the local level, but for us to lead from the local level”.

Stephen Stenning, Head of Arts and Society of the British Council and partner of the GPM, emphasised the vital role that cities play in economic, social and environmental sustainability. He welcomed that culture and heritage were being discussed in this context as important factors in the global climate debate. He also spoke about the opportunity Mayors have to raise their common voice on the issue of climate-related migration in the lead up to COP26, as part of the international Climate Connection programme of the British Council.

Keynote speaker António Vitorino, Director General of the International Organisation of Migration, emphasised that greater numbers of people are moving to urban areas exposed to serious climate threats. This puts pressure on the limited urban resources and vulnerable communities. This year, the United Nations Network on Migration will prioritize climate migration as a key issue, bring the UN System together to support complementary efforts towards COP26 and the first global review of the Global Compact in 2022. Director General Vitorino said: “We are committed to making sure that the role and expertise of cities and local and regional authorities is systematically recognised and integrated in the work and structure of the UN Network of Migration. Your experiences and insights as leaders directly impacted by climate and environmental changes are essential in this discussion and your proposals for action will be key”.

Yvonne Aki-Sawyerr, Mayor of Freetown, Sierra Leone and GPM Mayor, said that climate change is affecting cities and their residents. Climate displacement puts the most vulnerable in a position of increasing risks. It also puts more pressure on the infrastructure and transportation, and has a negative impact on service delivery. Mayors can act by including climate actions in their urban policies such as the ‘Freetown, Tree town’ project to plant one million trees to reduce the risks of landslides, restore biodiversity, create ‘green jobs’ and ensuring that environmental policies are integrated in urban planning and development control. Mayor Aki-Saywerr emphasised that Mayors need access to sufficient finances at the local level and full mandates over their local spaces. Aki-Saywerr explained: “We have to be serious about making finances available to address the issue of climate change and climate change related migration. We have to be serious to ensuring that local councils, local governments have the ability to manage their local spaces so that we can effectively absorb those who will inevitably move towards the cities”.

Rohey Malick Lowe, Mayor of Banjul, the Gambia and GPM ExCo member, urged mayors to take action towards mitigating the climate crisis to protect the environment and the future generation. “Talking about climate change includes a transition to clean and renewable energy, away from fossil fuel industries, investing in climate financing, loss of damage, and nature-based solutions” explained Mayor Lowe. She referred to a series of successful local environmental projects including ‘Greening The City’ to plant trees across the city and the launch of a hub to promote renewable energy initiatives towards a sustainable and resilient Banjul.

Anuela Ristani, Deputy Mayor of Tirana, Albania, explained that Tirana is already dealing with extreme climate change in the last decade. The consequences of climate change are part of Tirana’s day-to-day reality. Tirana is focusing on preparing the urban planning for the next generations in a way that minimises the impact of climate change for its citizens and the costs for the city. “We are already at work and to make it stop, we need to both fight it and look into the future of how it will stop”. Supported by the EU, Tirana is developing a post-green city plan including a roadmap on how green financing works. Deputy Mayor Ristani explained: “Our goal is to show in financial terms how an in-nature investment in the local setting has a strong financial return, even more than classical infrastructure projects”.

Raul Emilio Jatón, Mayor of Santa Fe de la Vera Cruz, Argentina, has also dealt with extreme consequences of climate change and advocated for a collaborative agenda to address the challenges of climate change. “Climate change impacts us all, but mostly those who have the least quality of life. We need to put people at the heart of our policies and our agenda on climate change so that we can have a just and sustainable green economy and corporation between cities. Mayors need to feel involved and take ownership.”

The high-level event will be followed by another mayoral event in July to develop the Call to Action that will be published in October ahead of COP26 in November 2021. Mayors will discuss their plans to expand the Call to Action to leaders at all levels of government at the GPM Annual Summit in Palermo, Italy, on 21-23 October 2021. 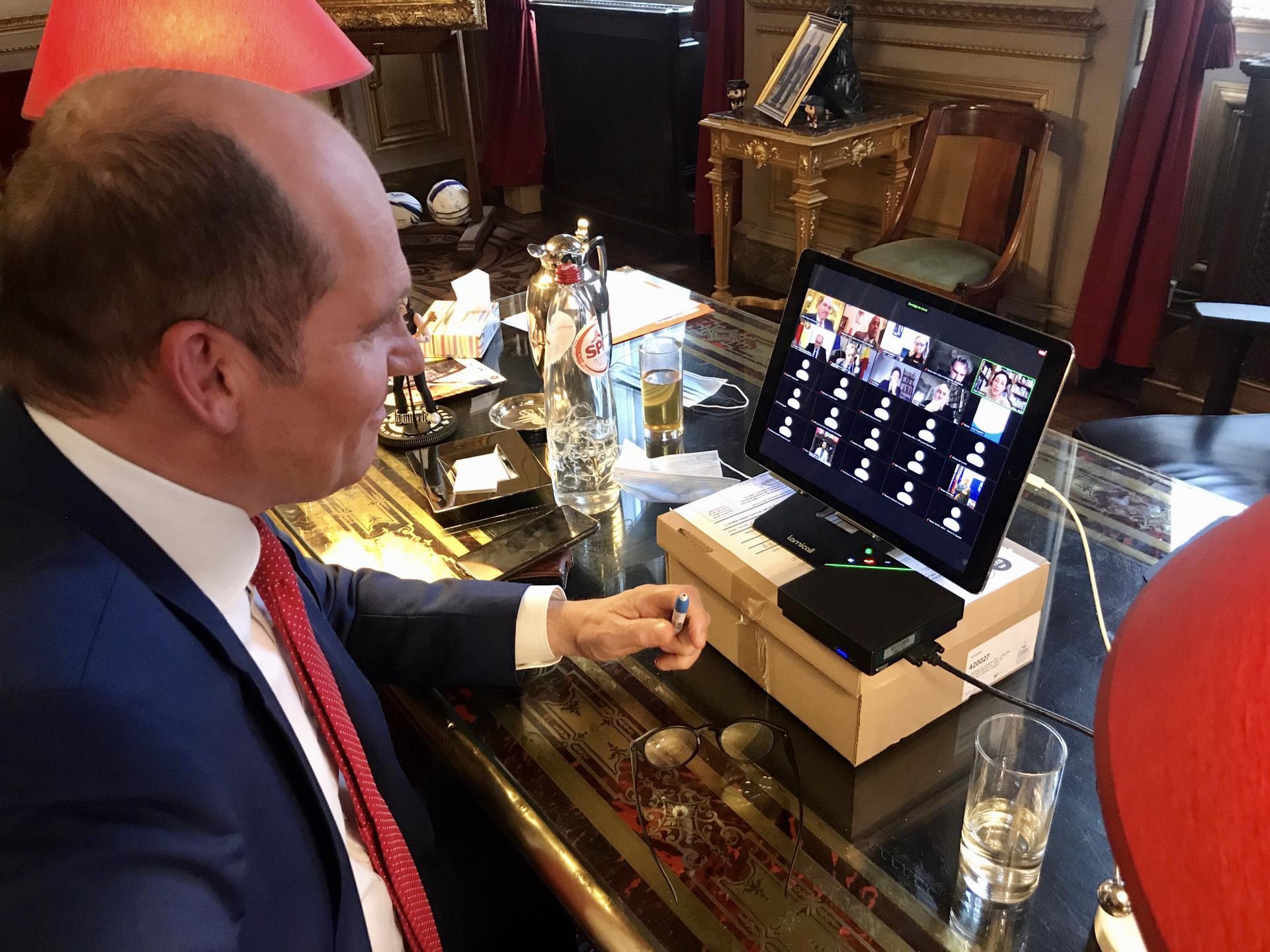 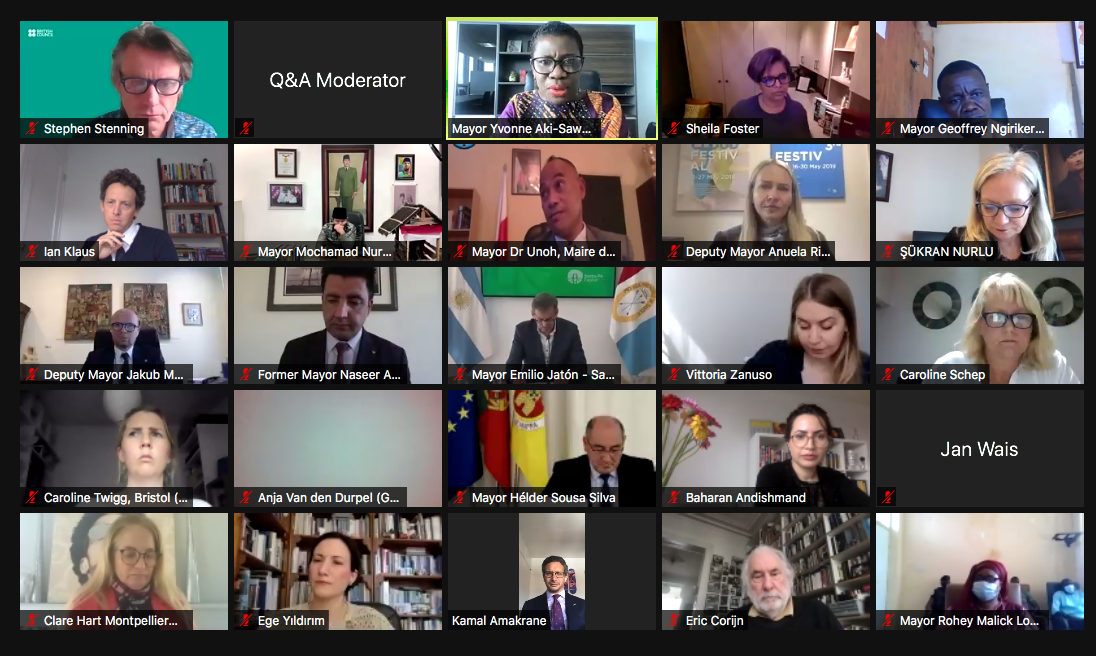