In recent years Katowice has undergone a huge transformation. Not so long ago, the city was
seen by many as a symbol of Silesia: the place of heavy industry, coal, and steel. The road that
Katowice has travelled, becoming the modern capital of a metropolitan area with 2 million
inhabitants, is also an example of the transformation that has taken place throughout Poland.

For years, the landmark welcoming the visitors to the capital of Silesia was the coal mine
winding tower. And it is still so today. However, the “Warszawa II” tower, visible from afar, has
completely different functions. The tower’s second life is an observation deck with a view of the
colourful and modern Katowice. Its transformation was an element of the revitalisation of the
former mine area. The Culture Zone, a unique place not only in Poland, but in entire Europe,
was established in this area. The delightful buildings of the National Symphony Orchestra of the
Polish Radio, the Silesian Museum, and the International Congress Centre were built here. The
Zone is complemented by Spodek, i.e. a sports and entertainment hall referring to the shape of
a spacecraft, and modern office buildings: an eye-catching structure of .KTW and the nearby
Altus, the tallest building in the Silesian Voivodeship. It is the Culture Zone that has become the
new symbol of Katowice.

In recent years, Katowice has made enormous progress in terms of eco-responsibility. It was the
first city in Poland to introduce the “Plan of Low-Emission Economy”. The implementation of the
plan contributes to improving air quality and energy security. In addition, the plan is focused on
the development of clean urban transport and a bicycle-sharing system. At present, there are 52
stations in Katowice, where over 400 bikes (including cargo bikes) are available for use by the
public. Most importantly, environmental models are passed on to children from an early age
thanks to many educational programmes and cyclical events, such as the Family Picnic
“Eco-responsibly”.

Established in 1929, Muzeum Śląskie in Katowice is the largest museum institution in the
region. Closed at the outbreak of World War II and re-established in the middle of the 1980s,
in 2015 it was given a new site that is unique on a global scale. Situated on the grounds of a
former coal mine, the architectural complex combines industrial tradition with modernity.
Exhibition spaces with a surface area of over six thousand square meters are located in
revitalised former mine buildings as well as in underground halls.

The Museum’s activity is focussed on the widely-understood historical relations of
multi-cultural Silesia with Poland and the rest of the world. In the permanent exhibitions,
visitors may view Polish art from the 19th and 20th centuries, amateur and sacral art,
among other subjects. Of particular interest is the narrative exhibition “Light of history”
dedicated to the history of Upper Silesia. However, Muzeum Śląskie is not only about the
past, but also the present: there are presentations of modern art, installations, artistic
ventures, performance art, workshops, and close cooperation with the local community. 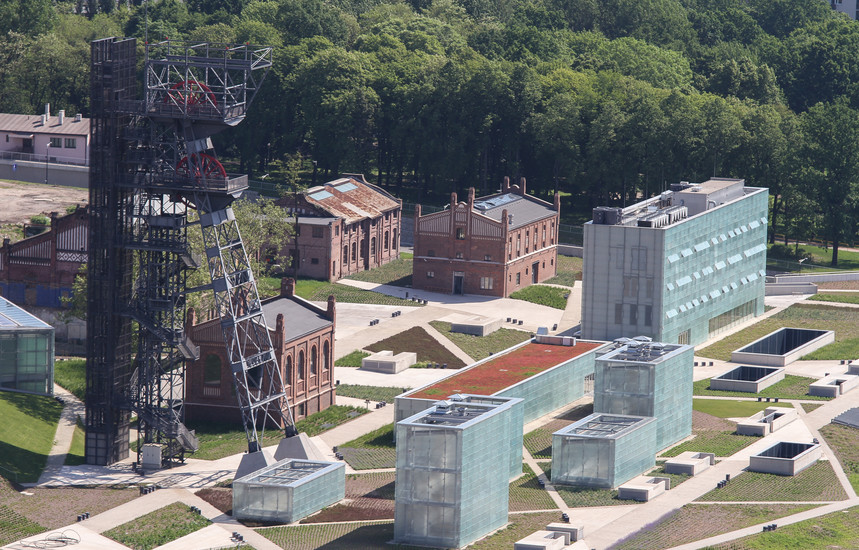