15 November, 2021 – In collaboration with the British Council’ the GPM is giving a platform to youth voices to share their perspective on climate related migration. This blog series is part of the joint project “Uniting Mayors for Local Solutions to Global Climate Challenges”, in partnership with the British Council as part of The Climate Connection global programme. Find out more here: https://www.britishcouncil.org/climate-connection 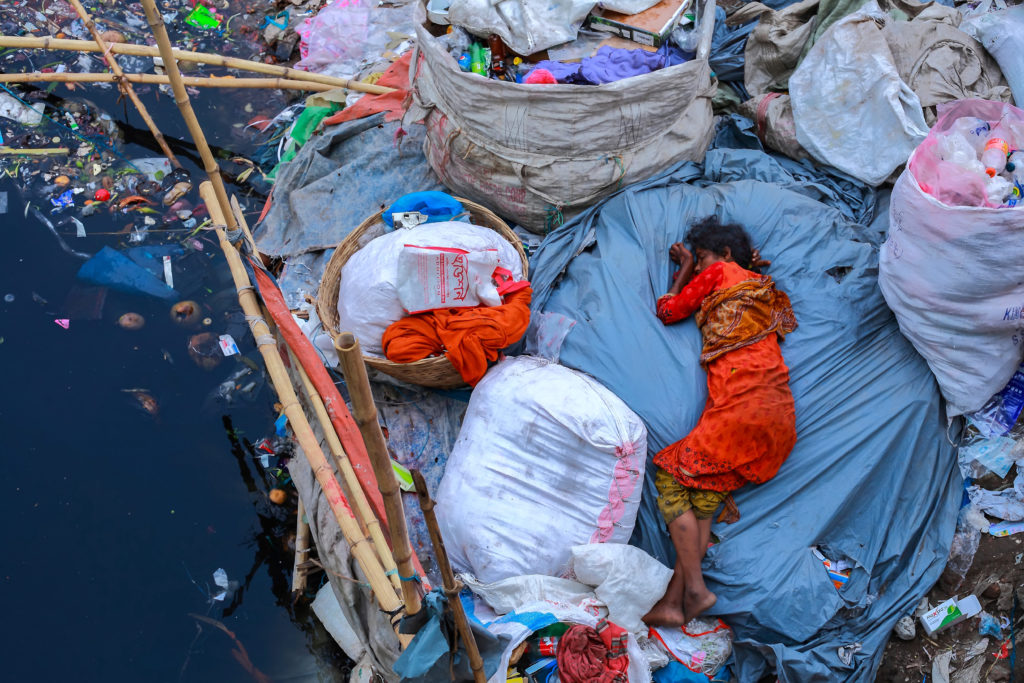 15 November, 2021 – Climate change is no longer a threat to our future. It is here right now, and the disproportionate impacts it is having on people are being felt the world over. Disasters such as raging wildfires, hazardous air pollution levels, intense floods and landslides, and severe droughts are already becoming more frequent. And as these events intensify over time, it is the people who are most vulnerable that will have to face the brunt. Chief among those in the line of fire is the world’s younger population.

But far from being passive recipients, young people in recent years have been actively involved in fighting this unfolding crisis. With social media as a tool and their collective voice, young people around the world are sparking a global movement (e.g. Fridays for Future) and demanding immediate action from governments by coming up with global sustainable solutions.

Today’s youth are the leaders of tomorrow. They play a vital role in envisioning and constructing a sustainable, equitable, and resilient society. However, they cannot do this alone. Yet, they have mostly been excluded from participating in the decision-making processes that will determine what their future and the health of the planet looks like.

Governments, particularly local leaders, need to work in tandem with young people as equal partners. By combining the skills, knowledge, connectedness and diversity of young people with the experience, expertise and leadership of local leaders, practical, creative and action-oriented solutions can be devised in tackling the effects of climate change. Only by making changes at the local level, from cities and communities to the national level, can a change be forged globally.

Among the many major consequences of climate change that are already being witnessed around the globe is climate-related migration and displacement, which has been endangering people’s livelihoods.

While much of this migration is likely to be internal displacement, from villages to cities, it is likely that a significant number of young people could migrate internationally. For young people who find themselves in situations of displacement, new vulnerabilities will surface, such as conflict, extreme poverty and lack of access to basic services.  Thus, finding solutions that would address the root causes and lessen the burden on youth and their families to long-term displacement should be a priority for the international community.

The latest Intergovernmental Panel on Climate Change (IPCC)’s report states that unless ‘immediate’ carbon emission reductions are initiated, unforeseen and irreversible natural catastrophes will become inevitable. The report states that already global temperature has risen by 1.1 degrees Celsius since the 19th century, which could go up to 1.5 degrees in less than 20 years. Failing to take action would mean disaster for people and planet. Likely impacts include global loss of food production, fresh water scarcity, rise in sea levels, more wildfires, more floods, unprecedented loss of biodiversity, among others.

The world is already feeling the negative effects of climate change. To minimise its impact on future generations, young people all over the world and local government leaders must come together to devise plans and policies. Climate change is not an isolated phenomenon. It will affect all of us — young and old — in all aspects of our lives. But the biggest threat is to the youth who will inherit the broken world left for them. And if we don’t implement adequate responses to address climate change now, it may be too little too late.

Picture Credit:
Photo by Md Amdad Hossain, winner of the Grand Prize for the photo competition “A Better Tomorrow”, organised by the British Council, the British High Commission, and the Embassy of Italy, in cooperation with Drik Picture Library Bangladesh, Picture People UK, and Fondazione UniVerde Italy.